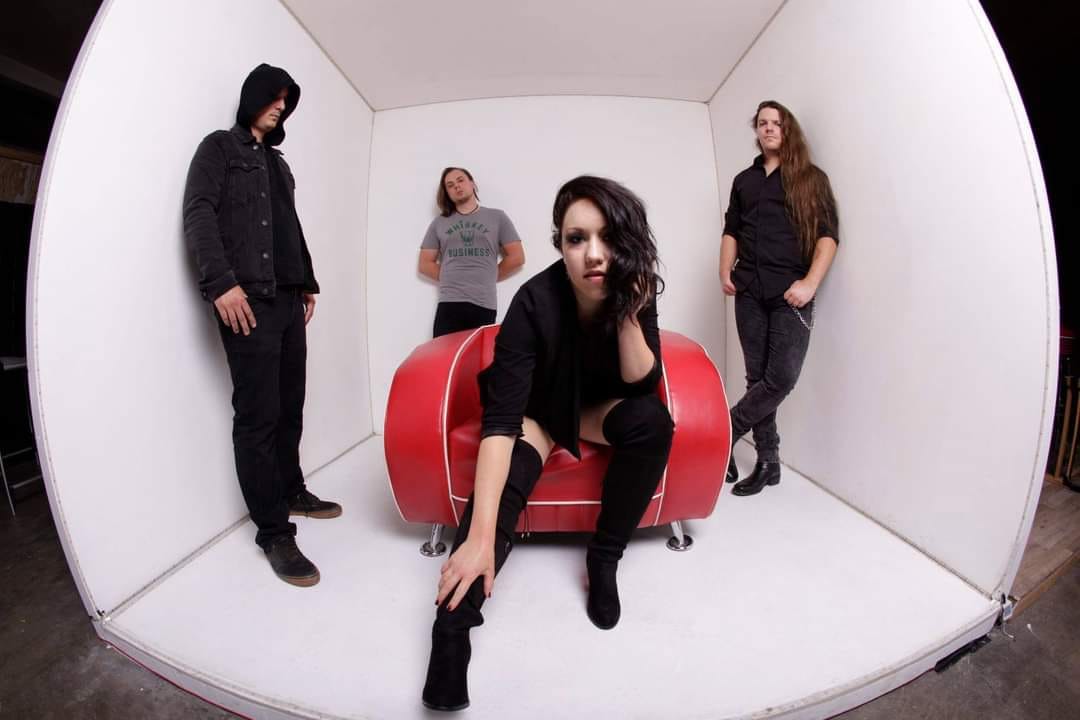 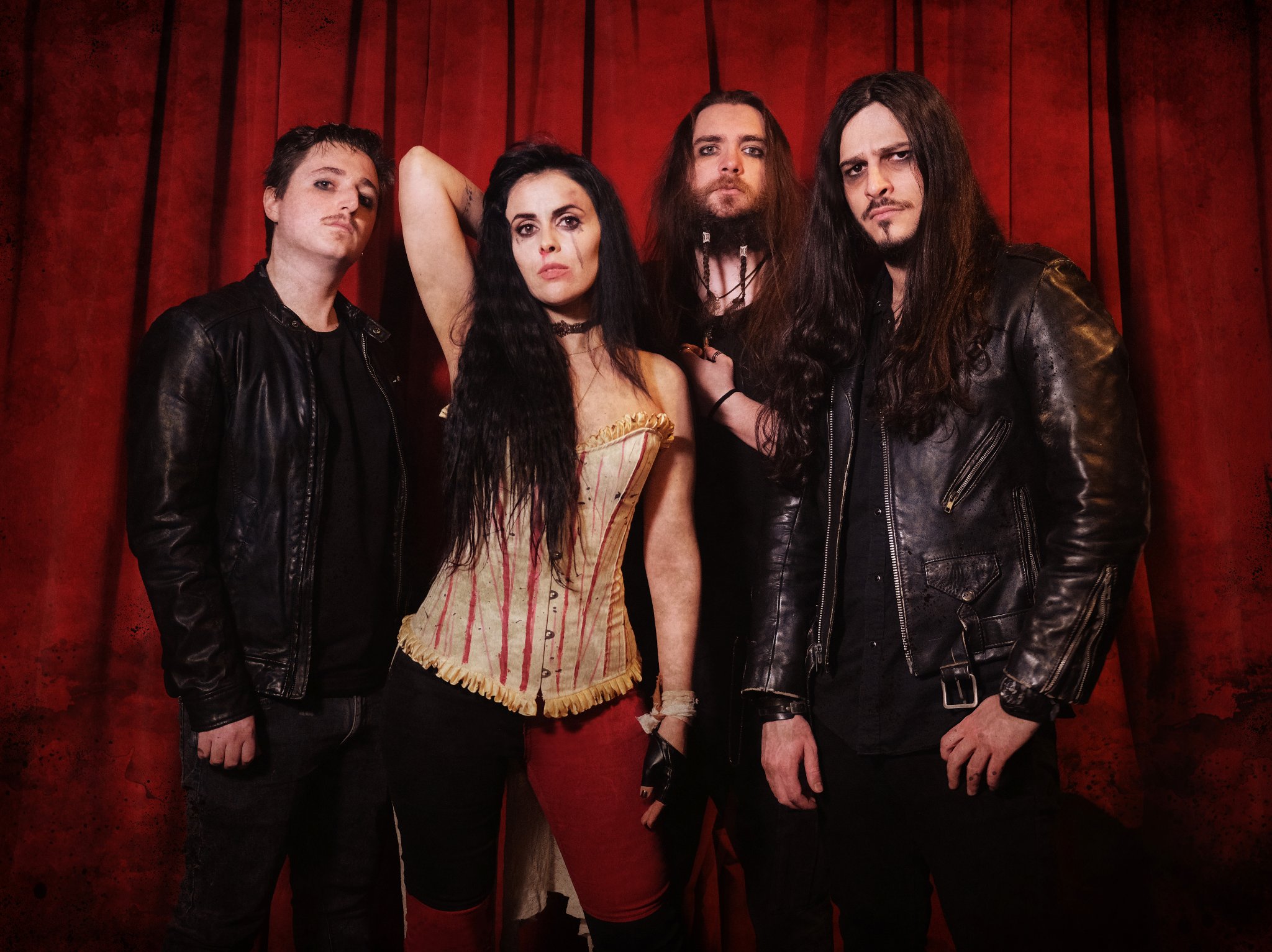 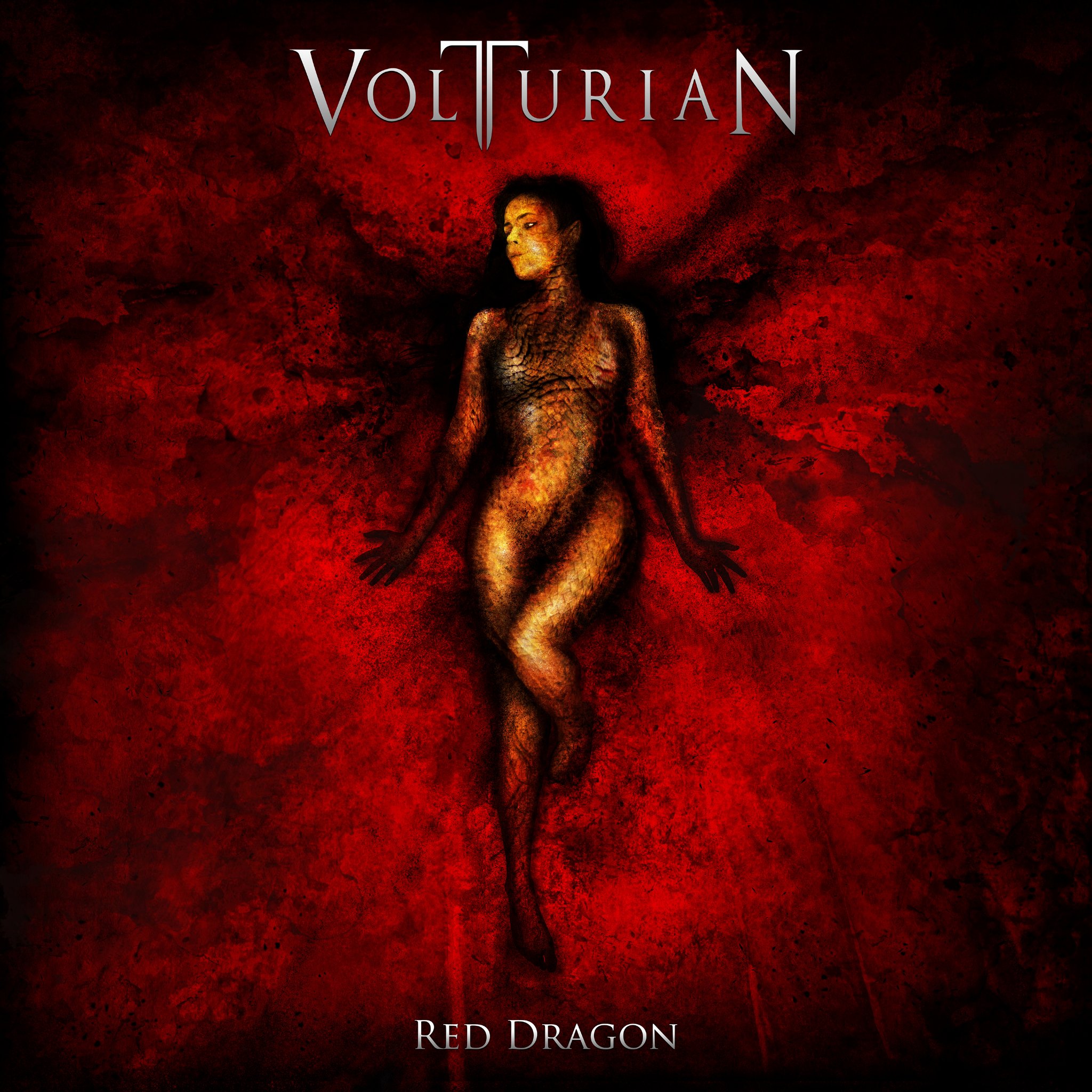 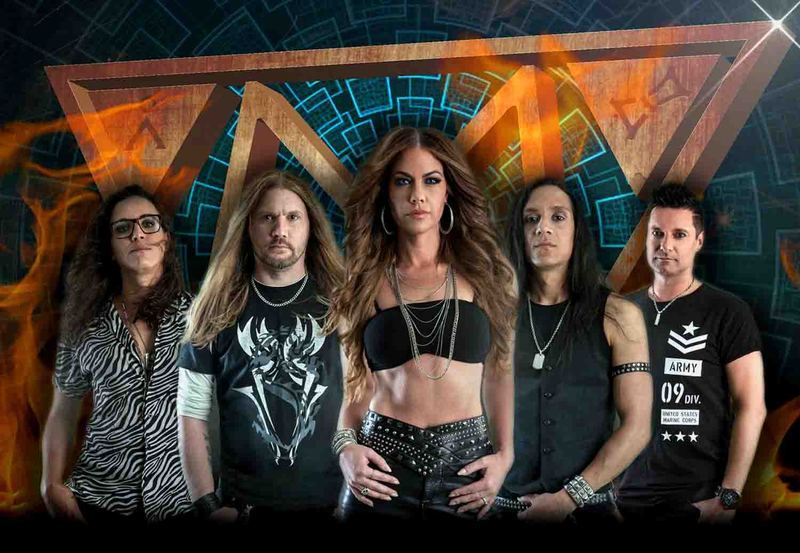 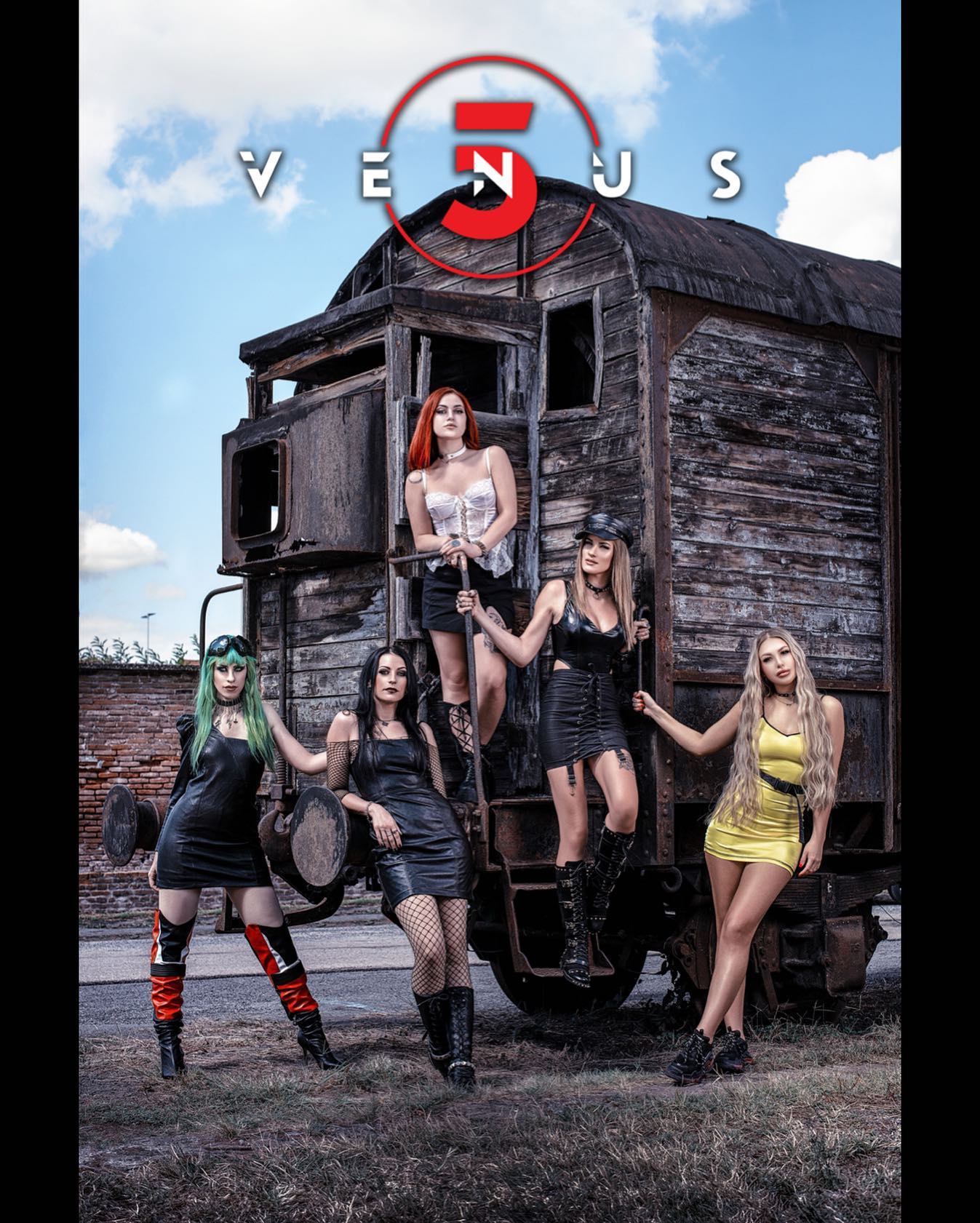 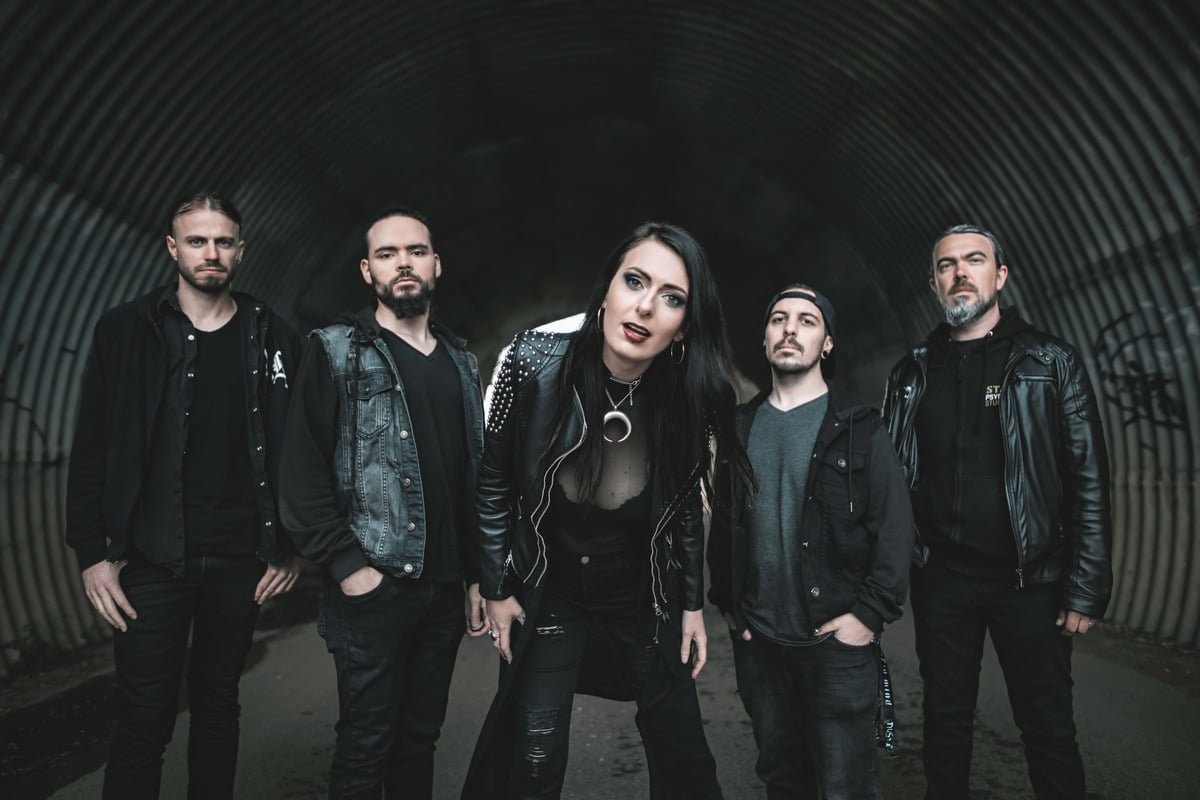 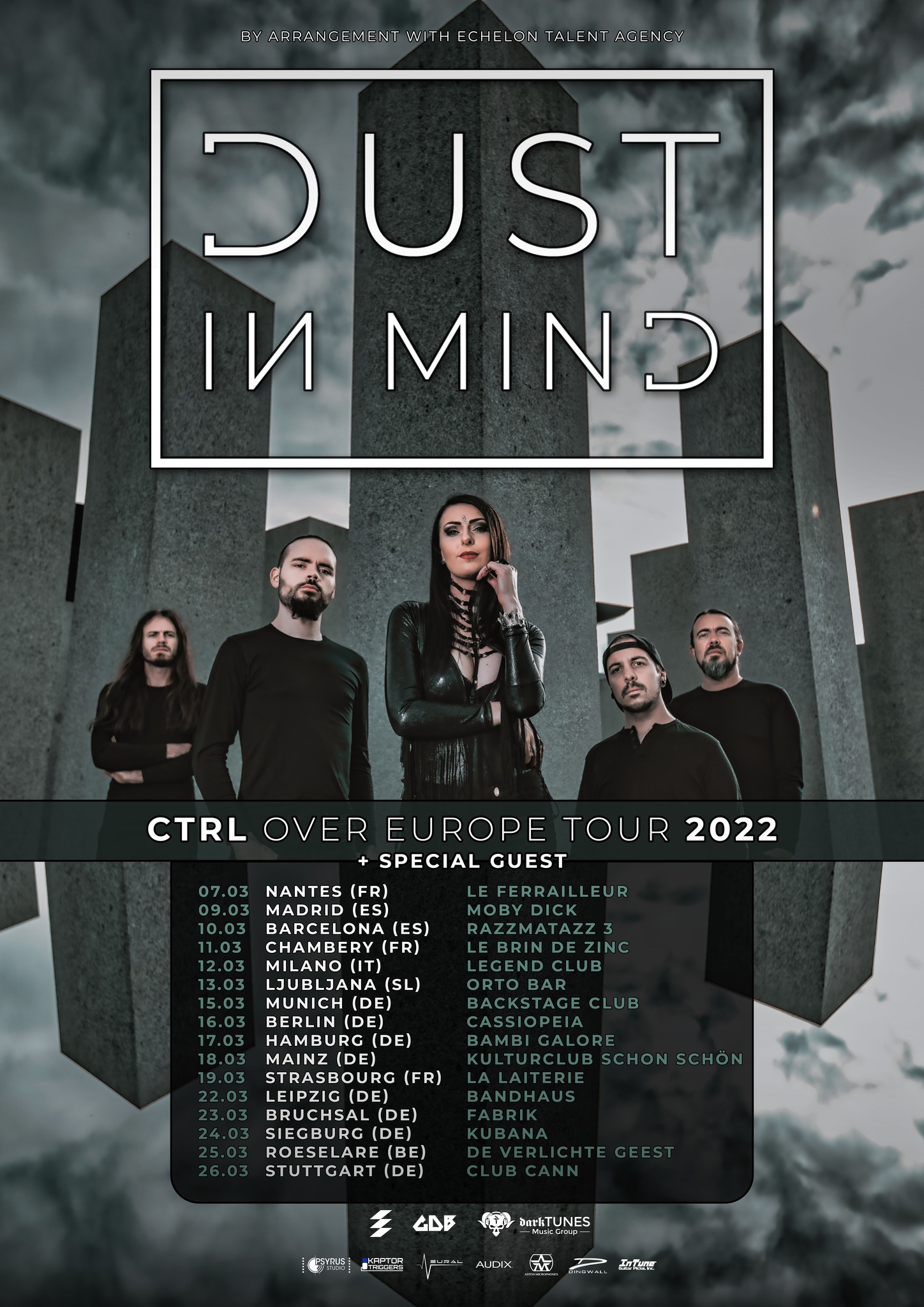 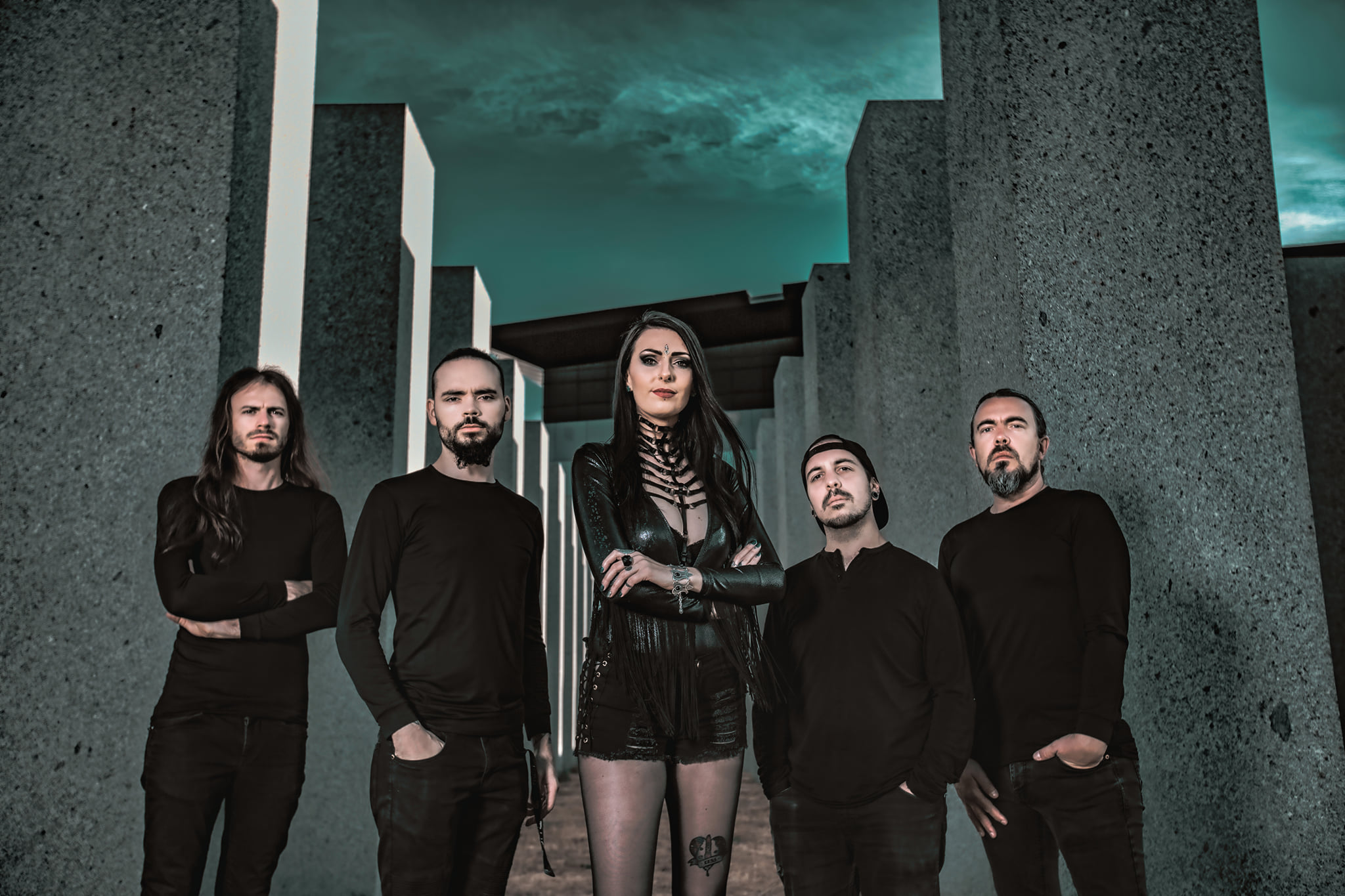 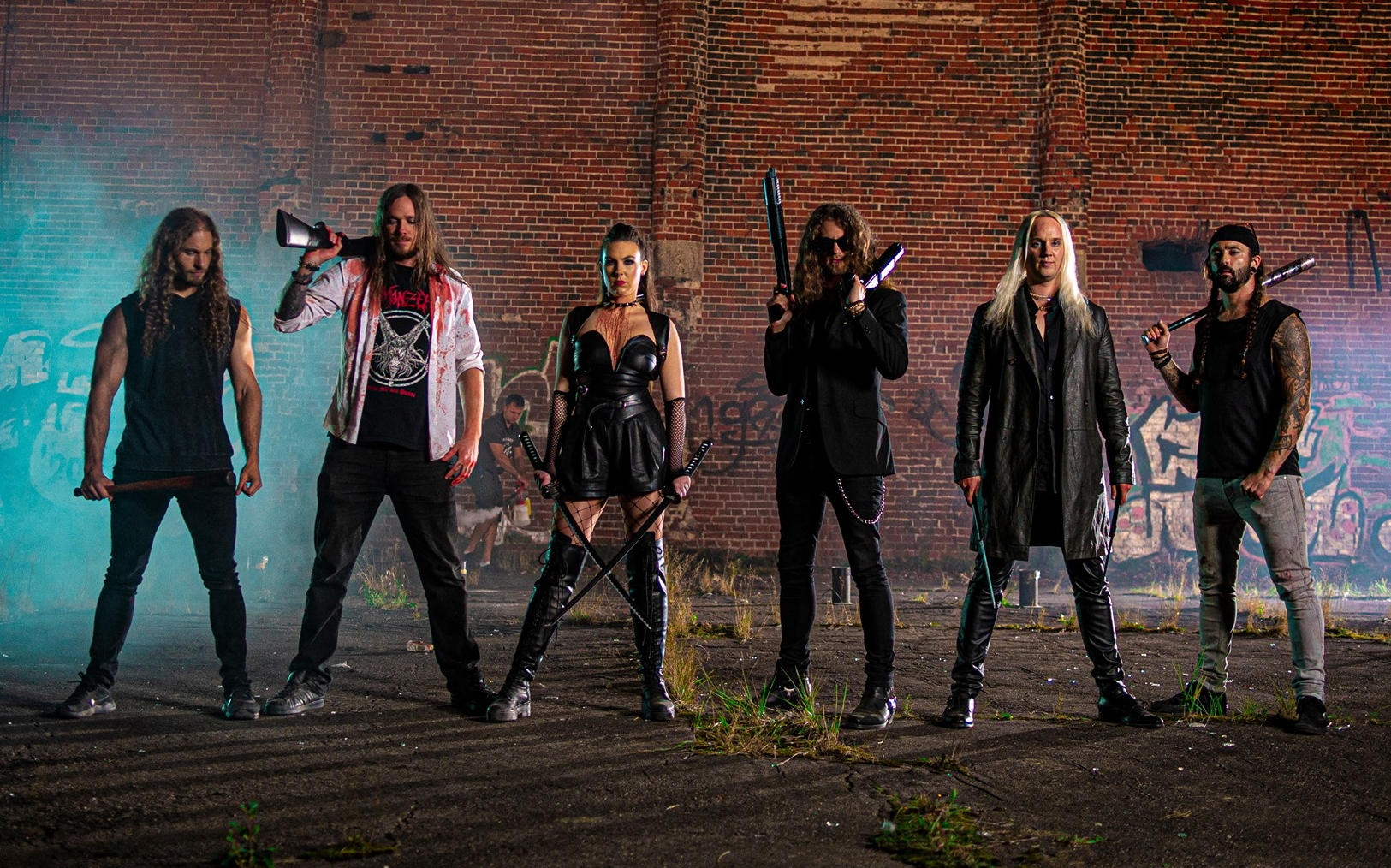 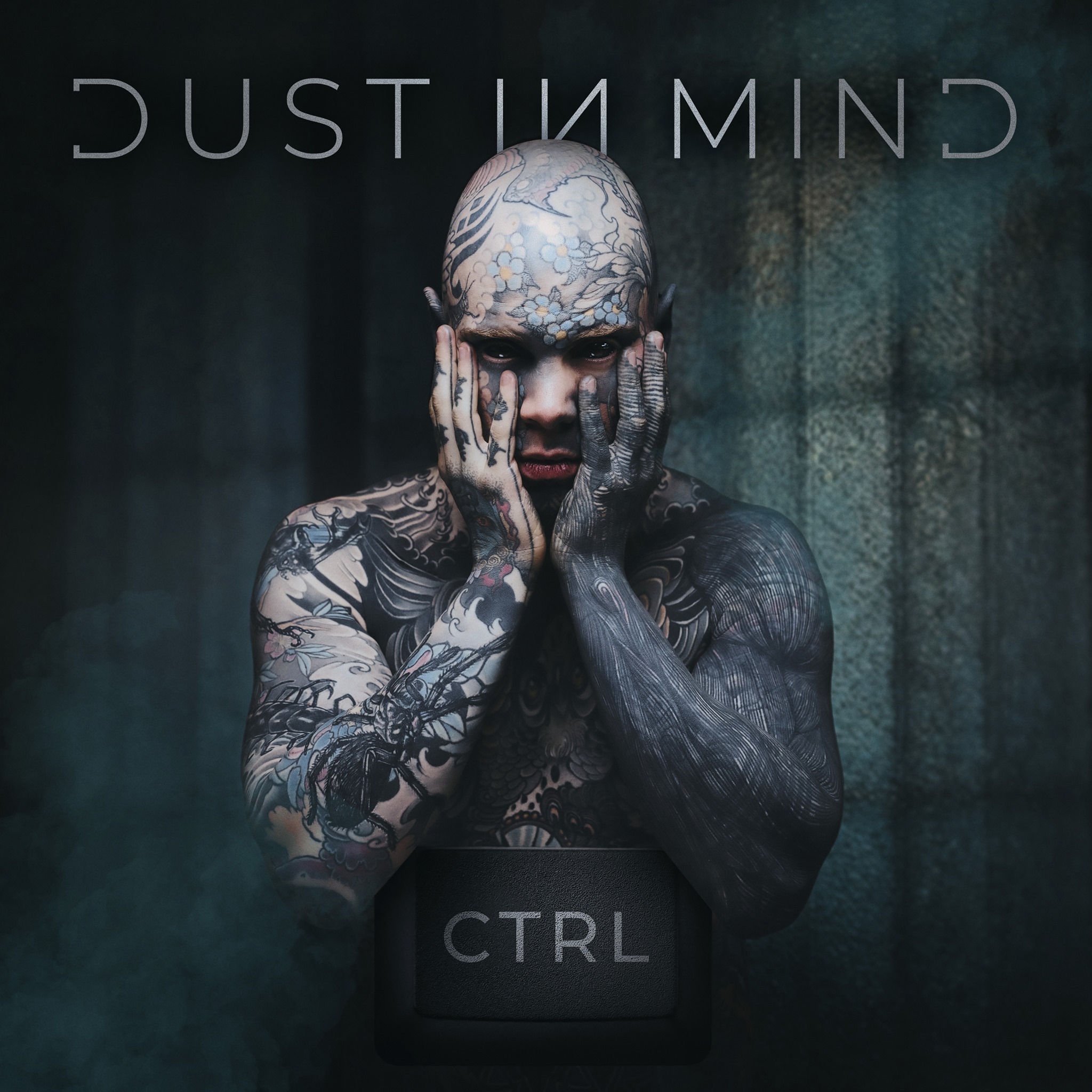 On 19 November, French modern metal band Dust In Mind will release their fourth album, "CTRL". I really liked their last album "From Ashes To Flames" (review here in hungarian), so I listened to the new songs with high hopes. Thanks to DarkTunes and Raphael for letting me hear the album before its release!

Last year No Way Out was the first to be released, this year Break, Lost Control, Take Me Away and most recently Synapses.

The album is based on the band's usual modern/industrial style, and the lyrics are as deep as on previous albums. Jennifer Gervais' vocals are equally flawless and powerful, with male vocals playing a significant role.

The band has previously said that the songs are inspired by both world issues and self-awareness, and the album is harder than the first three. There are heavier emotions, and although the guitars are not as deep as on, say, "From Ashes To Flames", the music is really wide-ranging.

Music video for the opener Lost Control is very impressive, an ode to our inner Sun, according to the band. The music video for Synapses shows the band proudly showing off their French roots, with Jennifer singing a verse in French, a cute beret on her head and the Eiffel Tower - not many bands have shot a video there before! I swear, if I were learning French, this band would be my main motivation. Sérieusement!

The lyrics of Empty got to my heart. When you feel empty, at first you think you're lost in the pits of life - but eventually you come out stronger. The song softens up a bit in the middle and then rocks on again.

Jennifer plays with her voice a lot more, for example she lets out some oriental melodies in the song Break - the song was clearly written about the isolation brought on by the COVID-19 epidemic. She sings sometimes with a harder, sometimes more little girlish voice, using her talent in a very versatile way. 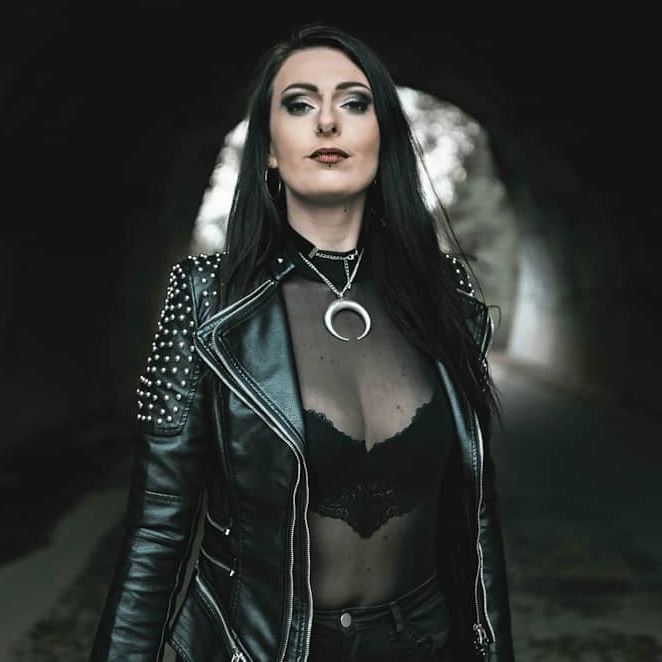 Freefall starts off calmly, with melodic guitars and soft vocals, then gets harder and grows into a very likeable song.

Of course, this album also has elements of electronics, which complement the heavy guitars beautifully, creating an absolutely harmonious blend - listen to W.G.A.C.A. for example.

Speak For The Voiceless is perhaps the most dynamic song on the album, a real party song, if the band can get gigging it will be a permanent part for sure. A real headbanging, bouncy song.

No Way Out closes the album. Although the song may seem pessimistic at first, there is hope in the lyrics "Give me faith, something to believe in..." - It shows that we can endure more than we thought we could.

I can't write anything bad about the album, I can say without partiality that the band has given their fans the best album ever. The songs are both hard and melodic, with life-saving lyrics and Jennifer's amazing voice. A passionate and powerful album. It's an album that gives you strength, lets you see hope in the darkest of days and lets you know that you are not alone. Great work, as always. Thank you, Dust In Mind. 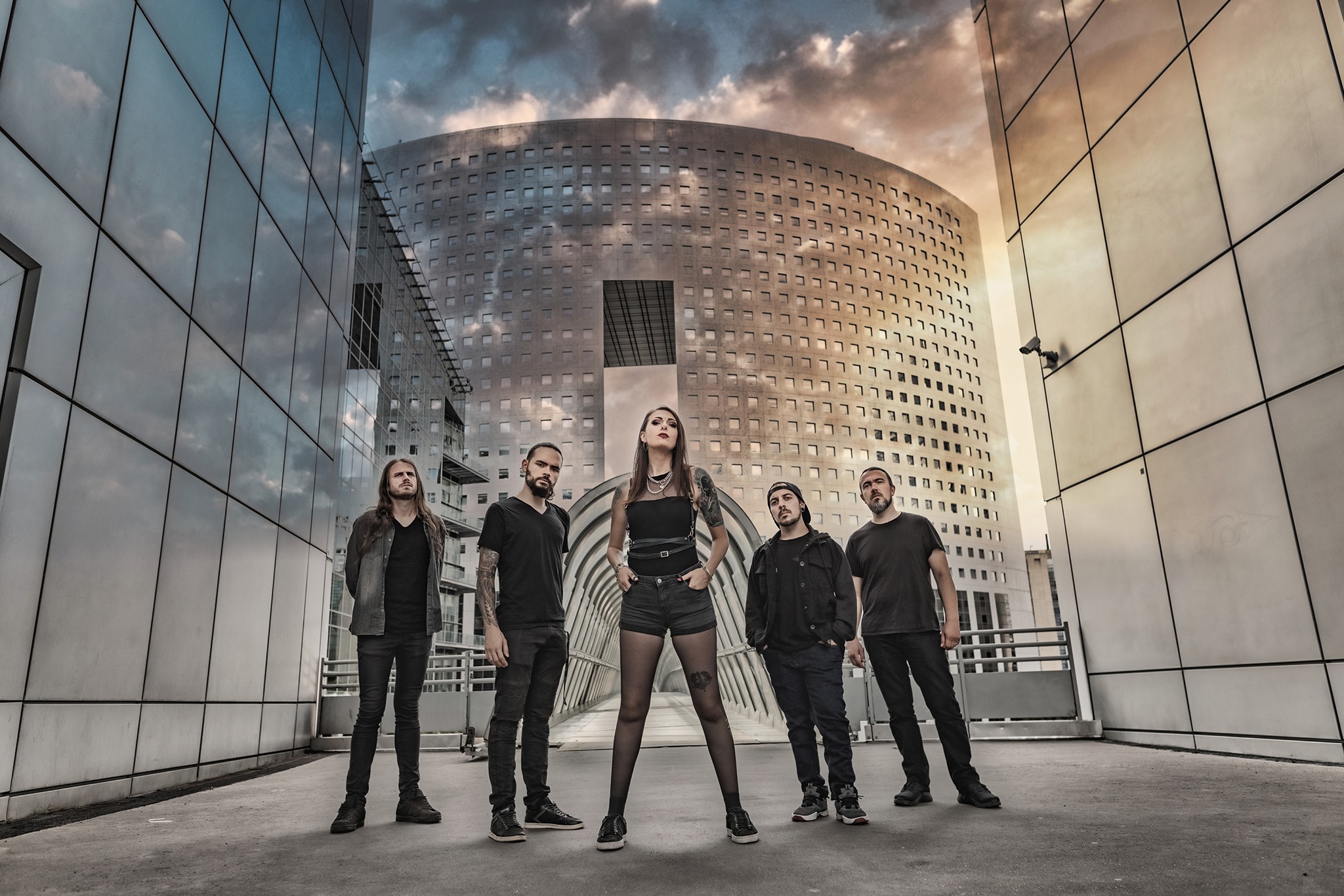