Singer of Italian black metaller Cadaveria, Raffaella Rivarolo, went through a difficult period. In the summer of 2018, she announced she was suffering from breast cancer and the band suspended music for a while. Raffaella recently announced that she had been cured of this terrible illness and said yes to our interview request - thank you again, Raffaella! 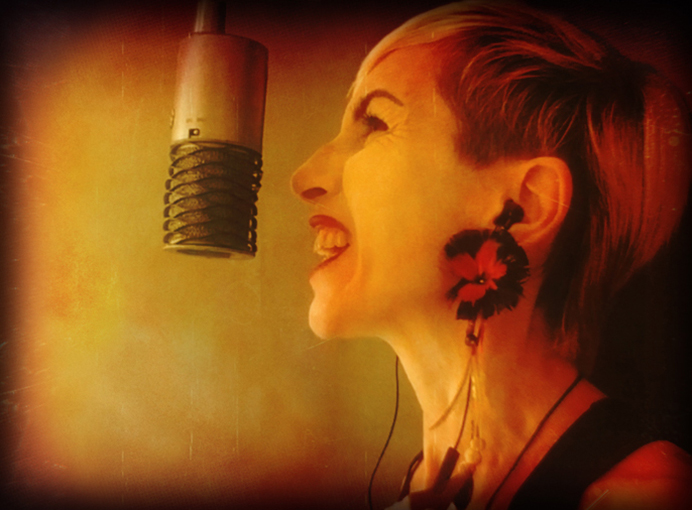 You recently released your song Matryoshcada, the video clip of which has become very
special and stunning. What is the song about and how did you feel when it was made?

Matryoshcada is a journey into the phisical and spiritual transformation I went through
during my illness. The treatments I received to recover from cancer threw me into a
surreal and even mystical dimension. My body was falling apart: hair, eyelashes,
eyebrows. The skin was thinning and part of me was taken away by the surgery.
Emotionally it was like being on a roller coaster for a year and more and never getting off.
In this delirium I found a new me, which was probably hidden inside the “previous me”. I
really felt like a Matryoshka doll that can be opened many times until she reaches the
indivisible core, my soul. In the video I wore my old and new clothes to show this
transformation and had two Matryoshka dolls created, representing the past and the
present. The song title plays with the fact that in the metal scene friends call me Cada
(diminutive of Cadaveria), so it is entitled MatryoshCADA instead of Matryoshka. This is
the most important song I've written in my entire career. I transformed a great pain into
art, a great test of life and resilience. I am proud of what I have become through this
experience.

Your fans know you were diagnosed with breast cancer in the fall of 2018. This disease
affects a lot of women every year. You told that every girl and woman should have her
breasts checked regularly. How did you experience surgery, chemotherapy? Obviously,
these have unpleasant side effects. Can you tell us a little more about this? How did your
story begin?

It is a long story and its beginning is very unhappy. I discovered a lump in my breast while
I was rubbing the moisturizer after the shower. I had just had a mammogram which
showed nothing irregular so I trusted my gynecologist and did not investigate further. A
few months later, feeling that the lump was always present and bigger, I repeated the tests of my spontaneous will and I discovered I was right. Meanwhile the cancer had grown and
there were two more malignant nodules next to it. My story therefore stems from an initial
diagnostic error and teaches me that I must always trust my instincts. Nonetheless, I have
faith in traditional medicine. I entrusted myself to a center of care of excellence and I first
had 5 months of chemotherapy infusions to reduce the nodules, then I underwent a
mastectomy anyway because given the initial situation and the aggressiveness of the tumor
it was not possible to remove only one breast piece. Subsequently, as the histology showed
that there was a residue of the disease, I did another 6 months of chemo in tablets by
mouth. I felt like I was in a movie, an endless nightmare. I had sessions with a psycho-
oncologist to overcome the trauma, I shared the experience publicly to be able to process it
faster. Despite the enormous fatigue (exhaustion and pain) given by the therapies I always
did physical activity, I walked a lot and I started meditating and doing yoga with
awareness. These practices have helped me a lot. I must say that it is still not easy today.
Breast reconstruction makes me presentable, but the consequences are enormous: from
the lack of sensitivity to having to stretch continuously, to always massage to oxygenate the
tissues and make sure that the prosthesis does not contract. These are things that
unfortunately I have to deal with every day. Okay so, I am grateful to be alive and for all
the teachings I have received. It is an experience that I do not want to forget because I
want to keep in mind the wonder of the gift of life every day.

Your sister, Eleonora, has started raising money to fund your further treatments,
medications, and tests. What did the doctors inform at the end of the tests?

At the moment I am in the follow-up phase which will last another three years. I've just
done more tests and the doctors say they can't see any abnormality in my breast and there
is no metastasis to the rest of the body. They do not tell me that I am healed because with
cancer you can never know, but nobody in the world has a guarantee on life, so we might
as well learn to live in uncertainty. Yes, my sister, an angel! Followed me throughout the
process. She created the fundraiser because to speed up the time I had to pay visits and intervention, in a private regime, and I went to meet substantial expenses. I thank once
again, as I did at the end of the Matryoshcada video, all those who donated to help me. 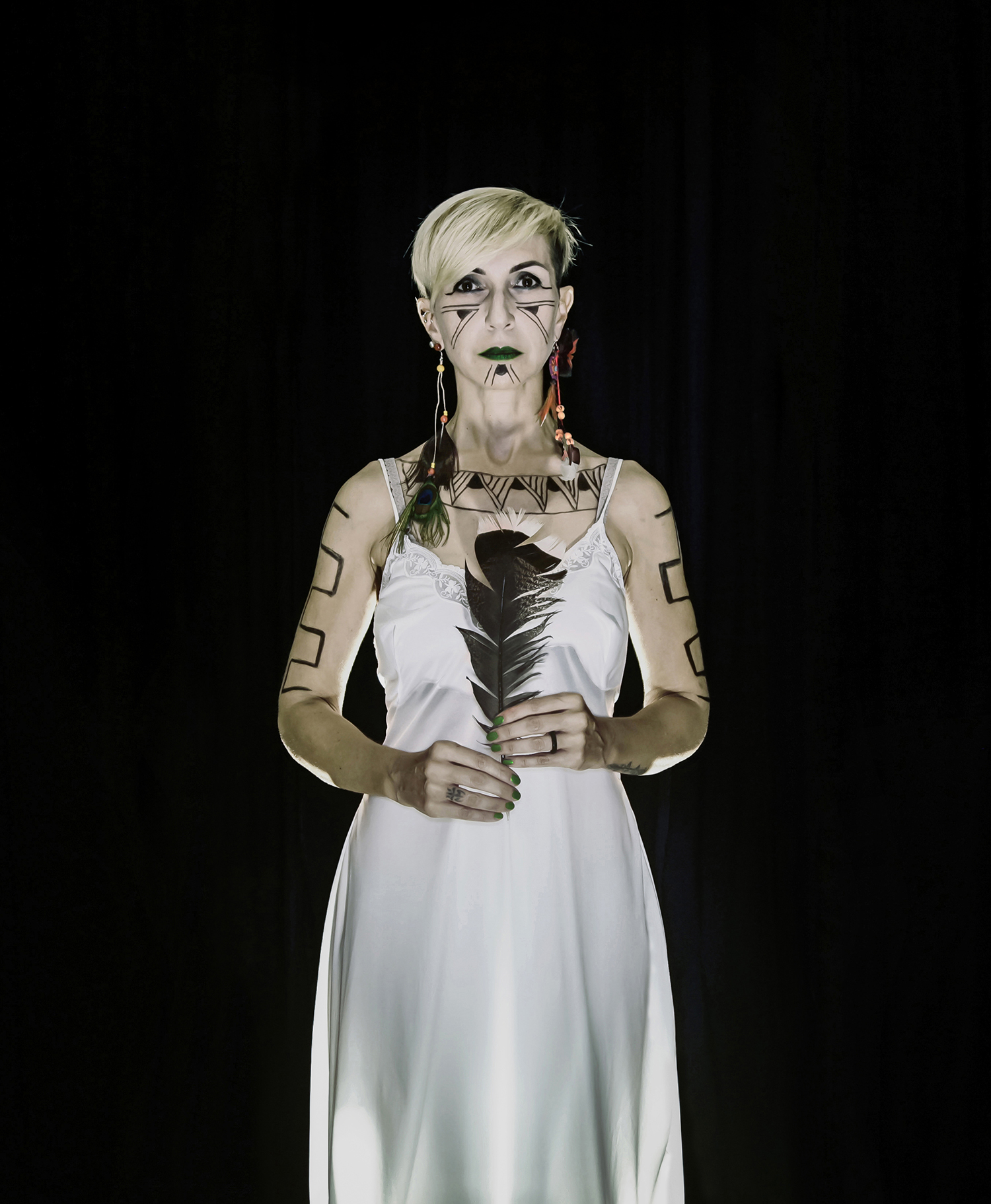 How has your thinking changed now that you have been healed? Were you afraid during
the treatments?

I have found that there are several types of breast cancer. The type I had is called
"triplonegative"; and is the most aggressive form. When you go on google and look at the
triplegative survival rate, you're scared. I learned to look at the glass half full instead of
half empty. Yes, there are statistics but each of us is variance, I am not my cancer, I am not
my histological and I am not the statistics. I am me and I react differently than anyone else.
So in the meantime I live and then we'll see. Meanwhile, I started to believe in
reincarnation so what I don't do now I will do in the next life.

When you announced that you were ill, you said that cancer was taboo in Italy. However,
you took on your almost bald head and smiled at that particular picture. How did your
family, friends, band mates receive the fact of your illness?

No it's not a taboo for Italy it's like that all over the world. how many women of the
American star system have breast cancer and tell it only AFTER they have experienced
the disease. They appear to the public healed and more beautiful than before. Few have
the courage to put their face to it, and this is because society wants us all beautiful and
successful and apparently healthy. Well guys, I discovered that there is a parallel world of
sick people, even very young ones, who crowd the hospitals. I've found that people get
shocked if you walk into a bar bald and bloated with cortisone. For them you should stay
at home, hide. All of this is more horrible than cancer itself. How did people react? Some
helped me a lot, others (including my boyfriend) disappeared. So I cleaned up friendships.
A great renovation.

Did you think of your illness as having a spiritual cause? Do you believe in holistic
approach of health problems?

YES! We have to heal our inner wounds in order not to get
sick anymore.

What about music right now? Are you planning to release a new album with the band? 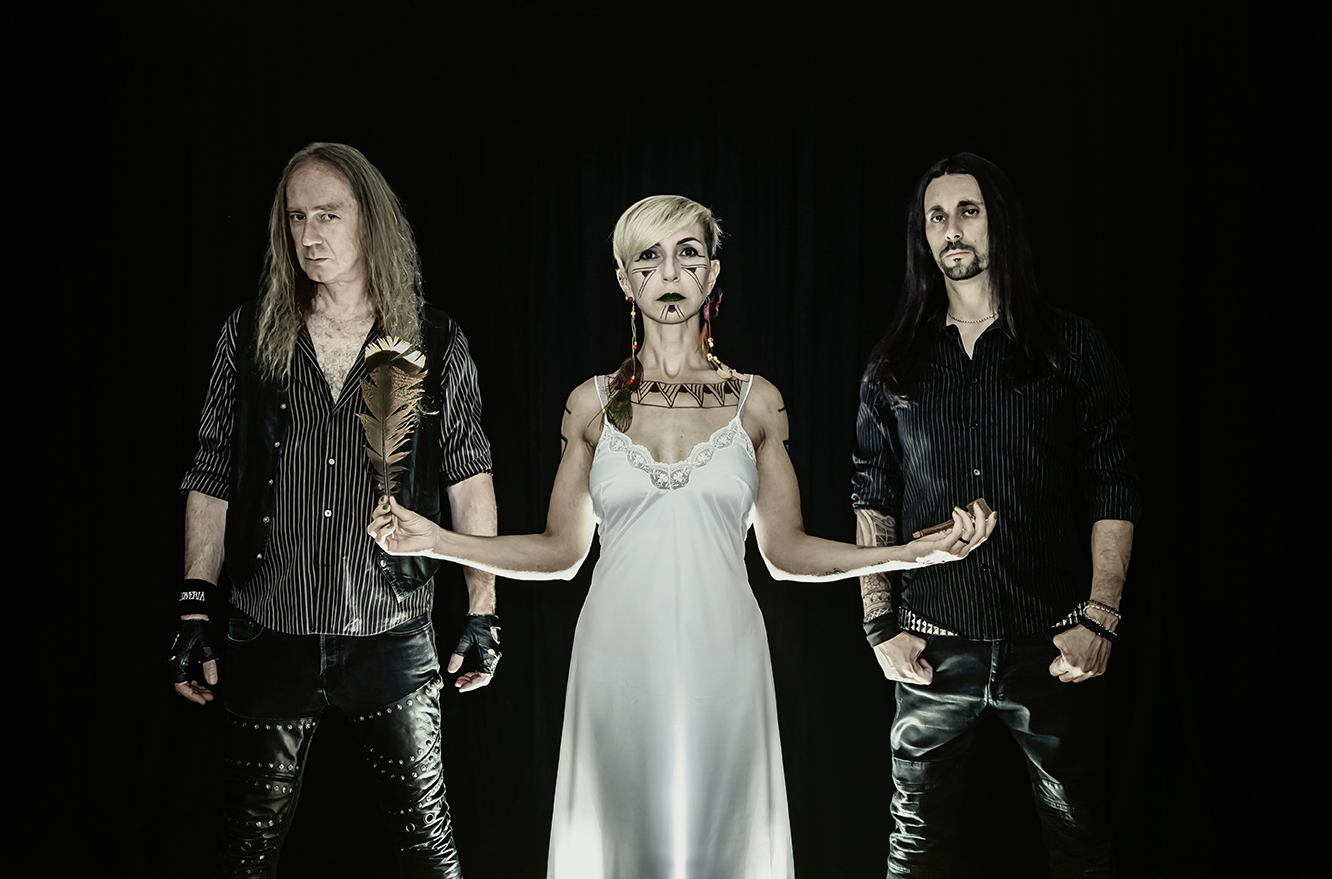 I want to go through the music step by step as I did with the disease. I stay in the here and
now, I don't make long-term plans, I don't want to get anxious. I do what I feel with the
rhythms that I allow myself. For now, we will be releasing many singles digitally. The first
was Return, the second Matryoshcada. Next one will come soon. Each is a separate
chapter, with graphic and video concepts. Then it will see what happens. For this, people
who want to listen to us are invited to follow us on Spotify and to subscribe to our youtube
channel CADAVERIAofficial.